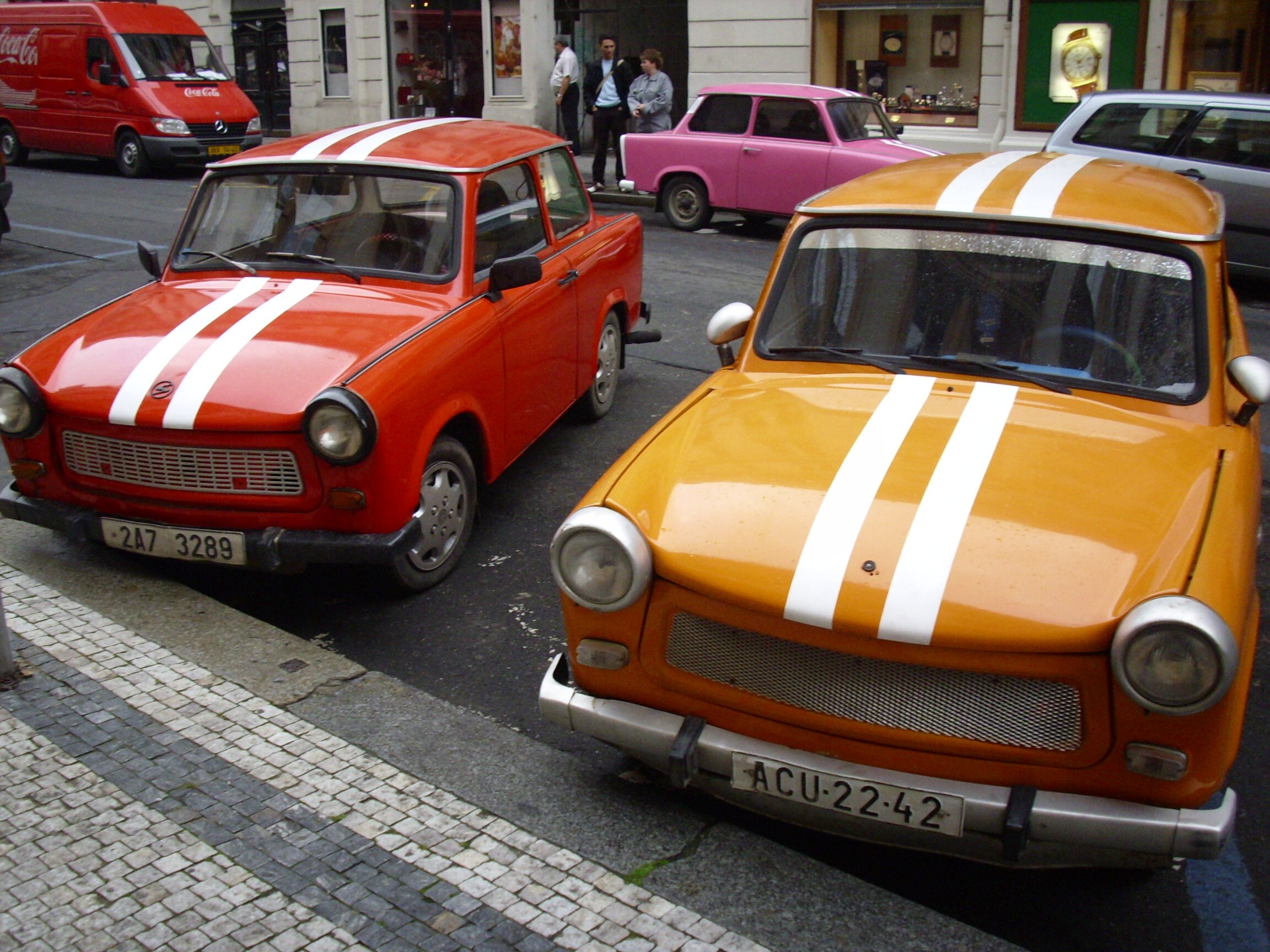 We offer funny race in the Prague city street with old-fashion Communists cars originally from East Germany, with famous “Trabant”. Start of the rally usually from the hotel, after the short briefing we divide guests into small teams of three members.

Every team gets map of Prague, road books, digital camera, trabant car history booklet and own Trabant car with driver. The aim of the rally is find three checkpoints in Prague, clients help with navigation – on the checkpoints we do funny games such as sing a song, make an action photo with trabant etc.

On the last checkpoint is time for driving lesson with trabants, members might try to drive car on their own. Afterwards we offer more games, just like load the carriage, blind slalom, push the car without engine and many others. There can be only one best Trabant team!

The best team gets prizes – little models of trabant cars.