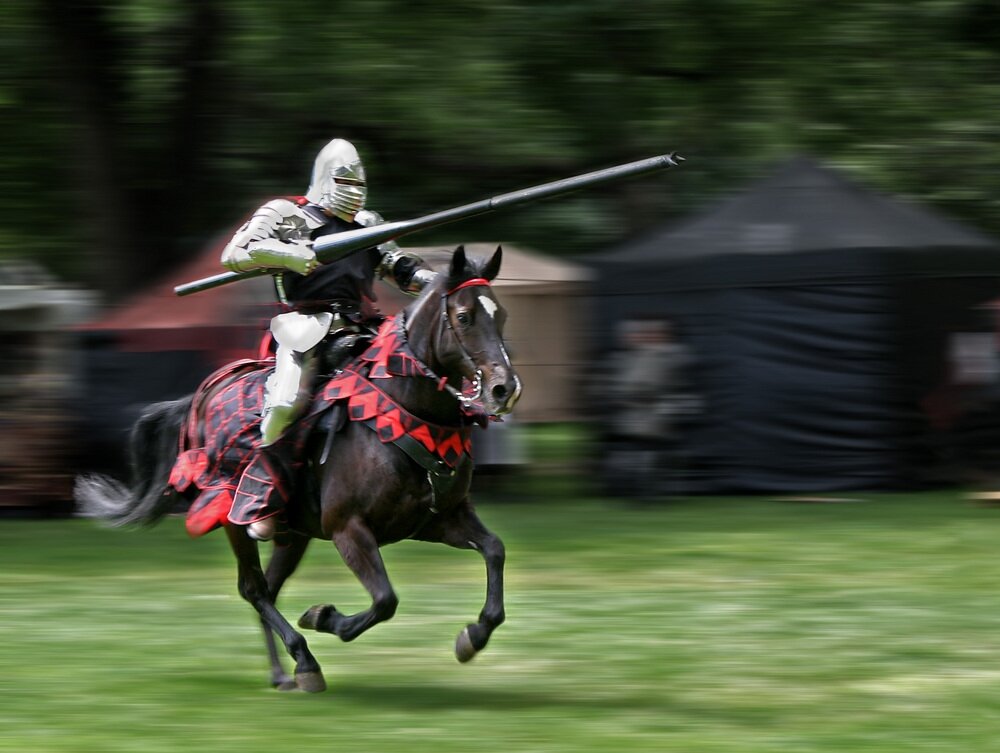 Transport on the edge the forest, where a mobile cloakroom with medieval costumes is situated. Guests dress up and continue inside the forest, suddenly assault by local thieves. War horn sounds from deep forest and knights on the horses arrive, theatrical medieval stuntmen show with fencing duels. Afterwards knight leads guests into the medieval field camp. After the short briefing we divide group into small teams.

For outdoor lovers we arrange accommodation in the knight’s tents with straw and furs or sleeping bags. In the night a return of the thieves – dramatic battle with torches – a night battle. In the morning breakfast and transport back to the Prague.